Taken from here
The corpse of a company that made some of the biggest, gas-guzzling vehicles consumers could buy will now be used as a breeding ground for energy-efficient technologies, thanks to a little help from the U.S. government.
Speaking at an old Monaco Coach plant Wednesday, Barack Obama announced that Navistar Inc., which purchased most of the assets of the RV-maker out of bankruptcy, will receive a $39 million grant from the government. If all goes according to plan, the money will transform the graveyard of towable trailers and luxury motor homes into an oasis of battery-powered exploration. (Keeping in mind, of course, that Navistar currently describes itself as “a manufacturer and marketer of medium and heavy trucks and mid-range diesel engines” - albeit one that’s trying to reduce emissions.)
The grant is part of a $2.4 billion program designed to help America ditch its clunkers and manufacture its own hybrid vehicles.
“I don’t want to have to import a hybrid car, I want to build one here,” Obama said, according to the Los Angeles Times. “I want the technologies to be developed here in America.”

Campervan from Christchurch to See the South Island 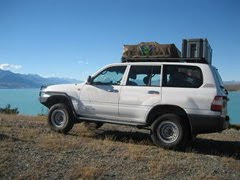 Heading south, you can take in the cities of Timaru and Oamaru or head to ski fields at Mt Hutt near Methven. The Methven pubs -- known as the Brown Pub and the Blue Pub -- are a great stop-off.

If you fancy travelling further, head through central Otago (wine country!) to Queenstown or the main centre of Dunedin -- in fact you can get pretty much anywhere in the South Island with less than a day's travelling from Christchurch (you might have to get up pretty early to get to Bluff, south of Invercargill, though).

It's also easy to get to the wild and woolly West Coast of the South Island or travel north to Nelson and Marlborough (more wine country!).

Check the weather conditions if you're heading through any of the Southern Alps passes - Lindis Pass, Lewis Pass, Arthur's Pass, Haast Pass -- some of these roads can be quite snowbound in the colder months.

If you're looking for a great deal on Christchurch Campervan hire head to http://christchurchcampervanhire.co.nz

Video: Photos taken while driving by campervan looping the South Island. Starting from Christchurch, over Lewis Pass to Westport, south via Hokitika, Haast-Pass to Wanaka, Queenstown, back up North via Mount Cook to Akaroa Peninsula, on to Blenheim, Nelson, and back to Christchurch

Remember, for a great deal on Christchurch Campervan hire head to http://christchurchcampervanhire.co.nz 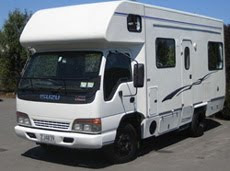 After years of negotiating over whether or not to have a Hilton Hotel on the waterfront in Wellington, New Zealand, the Wellington City Council is being asked to support a very different plan for the site -- a temporary campervan park.

According to the story, published on Scoop.co.nz, the idea has been put forward in a draft waterfront development plan for the next12 months, and councillors will be asked to approve it this week.

If you're looking for Wellington Campervan Hire check out the deals at http://wellingtoncampervanhire.co.nz

The story says that the council’s plans to have big new buildings on the waterfront are on hold because of “prevailing economic conditions which have resulted in much reduced tenant demand.” So the council-owned waterfront company has come up with the idea of a temporary campervan park on publicly-owned land that the council wants the hotel to occupy.

If the campervan park is approved, the waterfront company will seek up to $500,000 from rates, to build “the necessary infrastructure including amenities and ablution facilities.”

Remember, if you're after Wellington Campervan Hire there are great deals at http://wellingtoncampervanhire.co.nz

A few months ago, we bought this book to have a look at, and we were happy we did. This book is the most thorough book on RV Rental we found. We highly recommend you pick this up. We give this book a five star review. The only nuance is that it is biased to North American market, however, the common sense approach and detailed planning and questioning can be valuable no matter where you go. Click on the link below to read the table of contents.
Notice that the book has 5 star reviews from all the reviewers - we can vouch for that!

If you are curious about what kind of RV/Campervan/Motorhome home to rental - check out our Campervan Rental types here.
For the best prices on USA RV Rentals, click here!

Campervan to Alice Springs -- It's Comfier Than a Camel 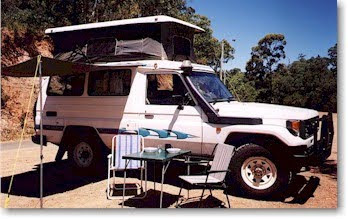 There are more than a million feral camels in Australia, and they have the potential to double their population every ten years. They're descendants of camels imported into Australia from the mid-1800s onwards -- they came largely from the Indian subcontinent, but also from Yemen, Iraq and the Canary Islands.

It's often argued that Alice Springs owes its existence to the camel and their handlers. The town was founded in the early 1870s as a repeater station for the Darwin-to-Adelaide Overland Telegraph Line - also built by men who depended on camels for supplies and equipment. Camels also brought the first piano in on the back of one during the 1880s.

But in some Outback communities they're often seen as a pest -- they trample plants and destroy water pipes as they search for food and water. The Australian government has set aside $16m to "contain the problem" and one controversial proposal is to shoot the camels from helicopters or on foot. Naturally, animal welfare groups are opposed to a mass slaughter.

Today camel races are still a popular attraction, and include the annual Imparja Camel Cup, raced with up to 15 camels at Blatherskite Park in Alice Springs. Tourists are catered for with camel rides at places like www.austcamel.com.au

But if you ask me, I'd rather ride with the comfort of a fine automobile; it's easier on the butt for a start. If you're looking for Alice Springs Campervan hire go to http://alicespringscampervanhire.com.au/ 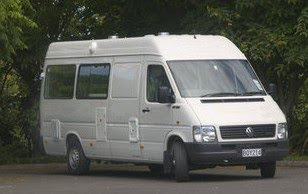 Some campervan hire companies really are aware of the cost of running their vehicles, and choose to hire out campervans which provide better fuel economy.

But campervans also need some help driver-side to be fuel efficient and lessen the environmental impact. Here are some tips for fuel-efficient driving; they're really simple and you'll be surprised at the savings you'll make when campervanning around New Zealand. By the way, if you're looking for a fantasic deal on New Zealand campervan hire go to http://campervanhirenz.co.nz.

Here are some tips:

Remember, get a fantasic deal on New Zealand campervan hire at http://campervanhirenz.co.nz. 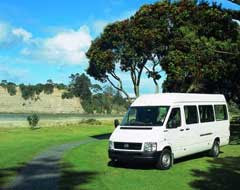 Here's a link to a great blog from someone who had campervan holiday around New Zealand. The original post can be read here. If you're after an affordable deal on campervan hire in New Zealand, check out http://campervanhirenz.co.nz

Here's an excerpt from their blog: "Had a night in a motel/hotel before we picked up our home for the next 4 weeks - a Toyota Hiace Camper Van with fitted kitchen, toilet, bed, dinning area and shower!! In one day we drove 500K. All the way from Russell to Rotorua."

Add to that mountain biking, sky-diving, a visit to the national museum Te Papa in Wellington and a ferry ride across Cook Strait -- and these guys were having a blast.

Video: A blast of a different nature: Mr Dizzy jumps two motorhomes. A word of advice, don't camp in a speedway!

For a great deal on campervan hire in New Zealand, check out http://campervanhirenz.co.nz

Campervan to Adelaide Festivals and Events

Adelaide, South Australia has a population of over 1.1 million, making it smaller than other Australian cities like Sydney , Melbourne, Brisbane or Perth -- but it sure punches above its weight as far being a travel destination. It's a vibrant city with a cosmopolitan outlook and a ring of parks providing plenty of greenery. And events. Oh boy does Adelaide have events.

Sporting events in Adelaide include the Adelaide 500, known by its sponsored name, the Clipsal 500. It's a huge V8 Supercar race event -- attended by a massive 291400 spectators in 2008, the event also features concerts every night, air shows, and social events that bring in people from Adelaide, interstate and overseas. Next year’s Clipsal 500 V8 event in Adelaide will run from March 11-14.

If you're looking for a good deal on Adelaide campervan hire go to http://adelaidecampervanhire.com.au.

Here are some videos - a performance from Womadelaide and a song from Ben Folds. 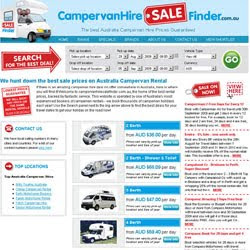 CampervanHireSaleFinder.com.au, a new site from iMall Brands, launched this week.

CampervanHireSaleFinder.com.au is where Australia campervan suppliers present you with their best specials and sale prices. This site is operated by one of Australia's, and the world's largest bookers of rental motorhomes, iMall Motorhomes.

From the website: "Strong buying power ensures we access all the best sale prices and packages on campervan hire - many of which are not available elsewhere."


Some of the great new features include:
So what are you waiting for? For a great deal on Campervan Hire Australia, go to campervanhiresalefinder.com.au

Book Ahead and Save With These Motorhome Bookers

Early Bookers is a site that rewards people who make an effort to book early, by offering unbeatable deals that just aren't available anywhere else. Each offer is only available to a very limited number of customers, just like an airline deal.

Deals vary according to supplier and inventory, but the offers range from heavily discounted hire fees through to deals where you get free days for booking a campervan for a certain length of time. And in some cases, there are free ski passes or two for one Milford Sound cruises offered as incentives.

So if you're thinking of hiring a campervan or motorhome, book early to get a great deal. To check out these astonishing deals, look through the range of motorhome bookers at Early-Bookers.com

Don't forget to check out the range of offers through our motorhome bookers at Early-Bookers.com