Launceston, Tasmania is one of Australia's oldest cities and as such is home to one of the largest selections of nineteenth century buildings in Australia.

With a population of around 100,000 citizens, Launceston is smaller than Tasmania's capital city Hobart, but it has a lot to offer. The Cataract Gorge is Launceston's largest tourist attraction -- it's close to the city and boasts the longest single span chairlift in the world, stretching 308 metres.

Other places to check out in Launceston include:
Video: Cable Hang Gliding near Launceston, Tasmania

Melbourne in Victoria, Australia, is a vibrant city with a year round calendar of events and great places to see. If you're checking out Australia in a campervan, don't forget to see the sights in this fine city.

Summer events include sporting events such as International Cricket at the Melbourne Cricket Ground, which is known as "the MCG" or simply the "G"; and the Australian Open tennis tournament, held every January at Melbourne Park, which is one of the four Grand Slam tournaments.

Music festivals include Big Day Out, which will be held in Melbourne on Tuesday January 26, 2010, with headlining acts such as Muse and The Mars Volta. There's also the Laneway Festival on January 30, 2010, which began in Caledonian Lane in Melbourne in 2004. The 2010 lineup includes Echo & the Bunnymen and Florence & the Machine.

Check out more on Melbourne at Wikipedia.

If you're travelling through Tasmania around the Christmas to New Year period you might want to check out the festivities surrounding the Sydney to Hobart Yacht Race.

Hobart is well known among the international yachting community as the finishing mark of the Sydney to Hobart Yacht Race, which starts in Sydney on Boxing Day. The Hobart Summer Festival celebrates the arrival of the yachts with a food and wine festival that begins just after Christmas and ends in mid-January. The Taste of Tasmania is a major part of the festival, where locals and visitors can taste fine local and international food and wine.

The inaugural race in 1945 had nine starters and the winner was Rani, built in New South Wales. She took six days, 14 hours and 22 minutes to complete the race. Times got faster quite rapidly and today's crop of super-fast boats usually complete the course in less than 2 days. The record is held by Wild Oats XI, which won line and handicap honours in 2005 with a time of 1 day, 18hours, 40 minutes, 10 seconds. (Source: Wikipedia) 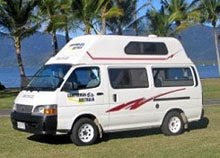 If you're travelling to Sydney, make sure you check out Manly Beach and the other Northern Beaches. Manly Beach is a popular beach in Sydney's Northern Beaches, Australia. It's a hit with tourists and locals alike and is rivalled only by the famous Bondi Beach south of the harbour.

A four day festival celebrating surfing was held at Manly Beach just the other week. The inaugural festival was all about surfing lifestyle and culture, and a few big names even fronted - legendary surfers Tom Carroll and Mark Occhilupo were just two of the surfing celebrities who took to the water.

Among the events were tandem surfing, fancy dress surfing, a VW Kombi rally, surf board art exhibition, surf cinema, music performances and Night Surfing. Go here to see some great photos - there are more pics from day one at Realsurf.com)

If you're in New South Wales, you absolutely have to check out these beaches. And it's worth considering staying in Manly -- after all, it's an easy half hour trip on the ferry from Manly to Sydney's main ferry terminal at Circular Quay.

Video: Promo for the Manly Festival of Surfing, held November 5-8. 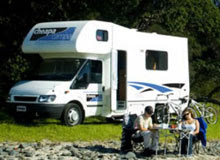 If you're visiting New Zealand, chances are pretty high that you'll be landing in Auckland. If you are heading that way, why not organise your campervan hire before you get there? Make sure you check out the fantastic deals on Auckland Campervan Hire at aucklandcampervanhire.co.nz

Here's a link to another great blog post at http://longhaulflightoffancy.blogspot.com - it's written by a couple checking out the sights in New Zealand. After many days of rural adventures through both the South and North Island they returned to Auckland before heading North:

"We sighted the Skytower and it was like coming home, as it was the first thing we saw when we first arrived in NZ. Such an odd feeling!"

And if you think New Zealand is famous for its sheep population, you might be interested to read about these colourful ones, spotted north of Auckland:

"Within 10kms of Auckland, the traffic had thinned right down again, no cars were to be seen apart from the odd truck. It was as we were drifting up into the Northland, that we saw the sign. 'SheepWorld' it blared out at us. We had to stop and see. It was mandatory, having seen the sign. That was when we saw them. We had parked in the carpark, we were about to go in and have a look at prices, we heard a 'baaa', we turned.An entire field of flourescent, bright, radiant pink sheep stood on our right. Pink sheep! They were day-glo! They were spectacular."

Video: Driving into Auckland city from the North Shore -- views of the city skyline and Sky Tower from the Auckland Harbour Bridge 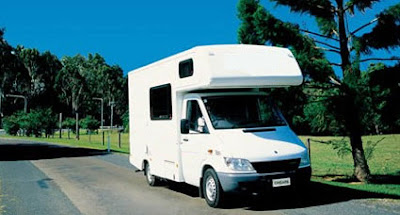 Ever wanted to check out New Zealand's spectacular glaciers? It's easy in a campervan. For great deals on Christchurch Campervan Hire go to http://christchurchcampervanhire.co.nz

Check out these stunning photos of New Zealand glaciers, on travel website www.getjealous.com, where the travellers write about just how breathtaking the scenery is in the South Island of new Zealand:

"New Zealand is the only place in the world where glaciers actually touch a rainforest... Fox & Franz Josef glaciers are simply breath-taking – like walking on to the virtual CGI set of The Day After Tomorrow except that these vast frozen rivers really are there in front of you. They really are that big, that majestic, that much of a 'must see' that no photo that we've taken can ever come close to really conveying their ability to make your jaw hit the floor.

The third thing that made us stop after Fox and Franz? Well - we were on our way back across to Christchurch to stay with our new friends, Allen & Letitia (who we'd met previously at Denis' place just over a week earlier), and had taken Arthur's Pass as our route across the country when we spied some of the most interesting rock formations a little distance from the road. They turned out to be Kura Tawhiti; giant weathered limestone creations that jut from the hillside..." 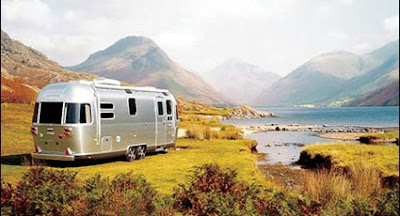 The outdoor lifestyle is proving popular during the economic downturn, according to an article in the Financial Times.

"We have lots of RV parks where occupancy rates are up 13 to 14 per cent on last year," said Cheryl Smith, of the National Association of RV Parks and Campgrounds, which represents more than 3,700 sites across the US. “People might not be able to afford to fly or stay in hotels but they’re all remembering that RV in the backyard, dusting it down and taking to the road.”

The article says that in our high-tech age of multiple distractions, families sometimes need to turn to a second home, often on wheels, in order to reconnect with each other.

The article also says that a lot of baby boomers are taking to the open road. "France, Spain, Italy and Portugal are the most popular destinations but a lot are also now heading to Scandinavia and Holland and even Australia and New Zealand, where they will rent motorhomes.”

Now is the perfect time to book Motorhome Rentals for Summer 2010 into the USA and Canada.

Many of the large Motorhome rental companies in Canada and the USA run Early Bird Specials. These typically give a healthy discount of 10 – 15% off the base rental rate and also give other elements like one way fees, convenience kits, pre paid mileage packages at heavily discounted rates also. To qualify bookings for travel over the 2010 Summer Months need to be received by the end of December or end of January. Some companies require for the whole rental to be paid in full by the end of December or January also, others are happy with normal payment terms where some of the booking is paid for up front and the remainder paid 35 days prior to travel.

Looking to go to the New Zealand Rugby World Cup in 2011? You better book soon, as supply is becoming scarce, according the Rohan Marx, General Manager of iMall Motorhomes: 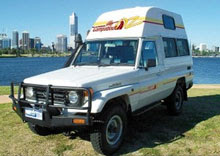 A Tim Tam Slam is the practice of drinking a hot beverage - either tea, coffee or hot chocolate - by sucking it through a Tim Tam chocolate biscuit, with both of the ends bitten off. Watch as Justin tries a Tim Tam Slam in the below video.

For great deals on Campervan Hire Australia go to http://campervanhiresalefinder.com.au

Tim Tams are a chocolate covered biscuit made by Arnott's, a proudly Australian brand that has been baking biscuits since 1865. Tim Rams were first produced in 1964 and are named after a horse that won the Kentucky Derby. Here's some information on the Tim Tam Slam:

"Ideally, the inside of the biscuit should collapse but the outside should remain intact. Just before the biscuit falls apart, it is placed in the mouth. The thicker chocolate coating on the Double Coat Tim Tam offers a more stable structure to help ensure that the biscuit does not collapse prematurely - refrigerating them also helps to preserve the outside structure while allowing the inside of the biscuit to melt... The practice is also known as Shotgunning a Tim Tam, in reference to Shotgunning beer. The Arnott's company prefers the name Tim Tam Suck and ran an advertising campaign promoting it under this name.

A Tim Tam Slam was performed by Natalie Imbruglia and host Graham Norton on the So Graham Norton television series in the United Kingdom. American actress Jennifer Love Hewitt also performed one live on Rove McManus's Australian talk show Rove Live after professing her love for the biscuit." (Source)

Fun fact: On Australia Day in 2004, 200 people in a pub in Croydon, England, and reportedly 30,000 people throughout the United Kingdom as a whole, attempted to set a record for tea-sucking, using Tim Tams.

Warning - don't attempt this with very hot liquid, or in front of someone you're trying to impress.

Don't forget to check out the fantastic deals on Campervan Hire Australia at http://campervanhiresalefinder.com.au