In many countries around the world, St Patrick's Day is celebrated on 17 March. It's a holiday in Ireland of course -- a public holiday in the Republic of Ireland and a bank holiday in Northern Ireland. And it's celebrated in quite a few countries, including the UK, Argentina, Australia, Canada and New Zealand.

The tradition for celebrating St Patrick's Day in the USA runs very deep. This excerpt from Wikipedia explains it:

The longest running St. Patrick's Day parades are in the following cities:
Here's a couple of pointers for RV camping in a few of those areas:
Remember, to book St Patricks Day RV Rental head to RVRentalSalefinder.com.

The beauty of Central and Eastern Europe really needs to be seen up close and personal. To book Poland Motorhome Rental go to http://polandmotorhomerental.com

As well as the beautiful historic cities of Warsaw, Kraków, Wrocław and Poznań, Poland has incredible lakes, rivers, mountains and forests to check out. There's the Baltic Sea coastline to the northwest and the Masurian Lake District covering much of northeastern Poland.

To the south there's the Polish mountain region, including the Sudetes, the Cracow-Częstochowa Upland, the Świętokrzyskie Mountains, and the Carpathian Mountains.

Of course the spectacular rural views are one side of Poland, but you'll also find friendly, hospitable people and great, hearty cuisine.

Video: Slide show of some of the beautiful places to visit in Poland 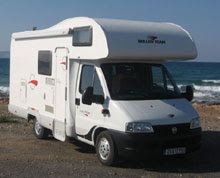 Greece is a lovely country to see from the comfort of a campervan. If you're after a great deal on Camper Rental Greece go to http://greececamper.com

Below is a video from a family of three from Santa Cruz, California, who have been travelling the world together. They have some interesting tips relating to each country they have visited -- here's a small excerpt about their time in Greece:

"We spent over a month on beautiful Santorini in Greece and had it all to ourselves in June. It's unique and breathtaking geological position on a volcano plus 4000 year old history along with it's stunning beauty makes it a "must see" on everyone's list."

"We loved Santorini camping which has everything you need including bungalows for those without a tent or RV, plus a great pool, good internet pool side, fab restaurant and lovely people!"

Read more at their site - www.soultravelers3.com - and to book your own Camper Rental Greece go to http://greececamper.com

Video: Soul Travelers' trip to Greece. Looks idyllic -- when can we go? 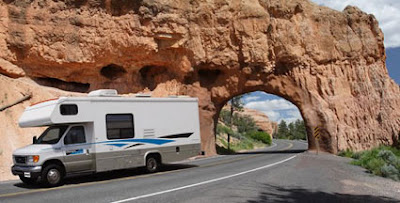 The USA's love affair with modern RV motorhomes dates back to pioneering times when covered wagons headed west in search of new lands and opportunity. As soon as cars became widely available, vehicle owners were adapting them to sleep and live in.

If you're looking for RV Rental USA go to http://rvrentalsalefinder.com

Wagons built as accommodation rather than just for cartage were developed in France around 1810 and used in England by travelling performers from the 1820s. Gypsies began living in caravans from about 1850. Although the automobile was invented in Europe (look up Karl Benz for more on that), Henry Ford's assembly line production started in the USA in 1914 -- and by the 1920s the recreational vehicle was well established in the USA, with plenty of RV clubs established nationwide.

The modern RV industry began in the late 1920s, shortly after the start of the automobile industry, when companies began manufacturing house trailers. Airstream was one of the early manufacturers, and they're still in business today.

It's the pioneering spirit that still inspires RV enthusiasts and casual holiday makers to this day. So what are you waiting for? To book your RV Rental USA go to http://rvrentalsalefinder.com

Now is the time to book that Motorhome in the USA, here are a couple of great deals that are going on now: 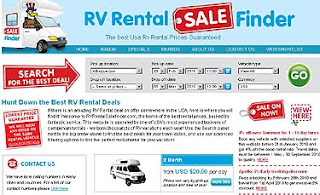 See Grouse Mountain for great views of Vancouver, lumberjack shows, a fantastic wildlife reserve or just walk up the moment for a bit of a fitness challenge 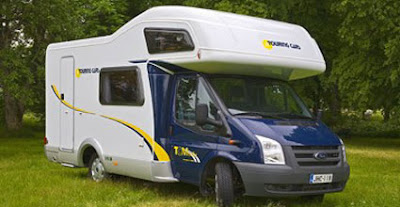 For great deals on Scandinavia Motorhome Rental check out http://motorhomescandinavia.com 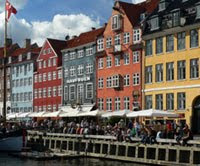 The Scandinavian mountains have an alpine tundra climate with many lakes, making for a beautiful, scenic drive. Check out the video below to see what spectacular views you'll see in Norway.

Back in the 15th century, Scandinavia was united in the Kalmar Union. In the 19th century a new political union was proposed, but it didn't eventuate. These days the nations cooperate via the European Union or the Nordic Council. The Danish, Norwegian, and Swedish languages form a dialect continuum and are known as the Scandinavian languages, all of which cross over a bit.

We have just set up our video snipppets for the Great Canada Roadtrip. Take a tour with your guide Rohan Marx as he goes on a RV Tour to some of Canada's most beautiful and unique places. Here's a preview:

If you are going to the Olympics in Canada, why not consider going to Whistler. Whistler is great location for out door activities as well. Check our video snippet:

If you are looking to wet your whistle, check out Granville Island Brewery. Just make sure you have a designated driver before getting back into your RV!