MotorhomeRoadtrip: The Sea to Sky Highway

The Sea to Sky Highway is consider one the best roadtrips in the world:

Highway 99, or the Sea to Sky Highway, is the main artery linking the Vancouver area to B.C. Provincial Highway 97 and Interstate 5 in the United States. The Sea to Sky boasts just that--and lots of it. The drive is truly scenic with stunningly beautiful natural wonders on every side. In 2006 the UK's The Guardian named Highway 99 one of the world's five best road trips [1]. So what are you waiting for? For great Vancouver RV rental deals check out MotorhomeandRVTravel.com and start planning that once-in-a-lifetime British Columbia road trip. 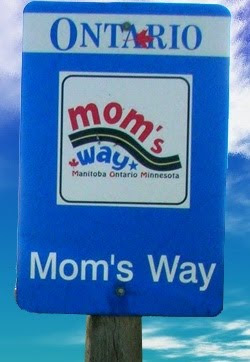 Continuing our Canadian theme, lets move out west to Alberta. Join us for Alberta's Boomtown Trail:

Alberta is a province of big cities and smaller towns, oil and unpredictable weather, rich history and cowboys. One of the region's most famous events is the annual Calgary Stampede and it is also known for the immense West Edmonton Mall. Another interesting draw in the province is The Boomtown Trail, which can easily be accessed in large city centers like Edmonton or Calgary. Both of these cities have great RV rental depots that can provide the ideal vehicle to complete the Boomtown drive in. So what, exactly, is Boomtown? Read on to find out!

Click to view a map of the Boomtown Trail

Read more about the Boomtown Trail Here on Motorhome Roadtrip.

Looking for another great escape to Canada - you must check out the River Valley Scenic Drive!

The River Valley Scenic Drive is one of five Scenic Drives created to help visitors discover the beauty and culture of New Brunswick. What better way to explore the natural splendor, and find adventure in this uniquely Acadian province, than to complete the River Valley Drive in a comfortable Canada RV rental? Just follow the designated road signs to lead you on your way! 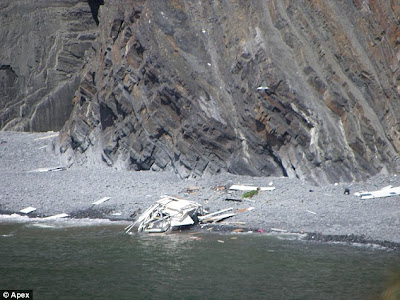 Are you wondering what, exactly, is smashed to pieces in the above photo and how it could have happened? Well, this wreck is courtesy of the Top Gear BBC Television show team. Hosts Jeremy Clarkson, James May and Richard Hammond actually drove a converted Citroen campervan off a cliff for an upcoming episode! The daring trio were filming in quaint Hartland in North Devon and many locals gathered to watch the culmination of the stunt. 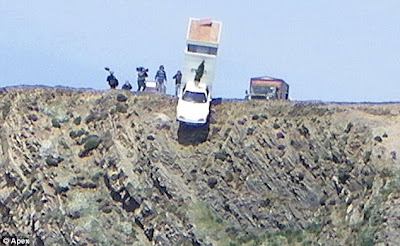 The locals are no strangers to taping in the area as movies like Sense and Sensibility were filmed in Hartland, as well as past Top Gear episodes. One such explosive stunt was conducted on the shores of Instow in 2008 when Jeremy Clarkson drove a Ford Fiesta being shot at by Royal Marines. This latest stunt, with the campervan careening off the side of the sheer cliff after the handbrake was left off, is the most dramatic yet. Not that it's the first time the hosts have utilized campervans for their show, as can be seen in the race video below.

Though it may not have the same ring as route 66, Route 138 in Quebec has plenty to offer for those seeking an adventurous Canadian roadtrip writes Connie Limoncelli:

One of the oldest highways in the nation, Route 138 begins at one end in Elgin, south-west of Montreal, at the New York border. (The road continues into the United States as Route 30). The road snakes along the Saint Lawrence River as it passes by Montreal and through Montérégie, Lanaudière, Mauricie, Capitale-Nationale and Côte-Nord all the way to its eastern end at Natashquan. Aside from the gorgeous scenery, the great part of this road trip is the unique vibes of the different cities and communities you encounter along the way, from Montreal's urbanity to the culture of the First Nations-influenced towns further east. The drive is made all the more comfortable and convenient if made with an RV rental.
Read more about Route 138 here. 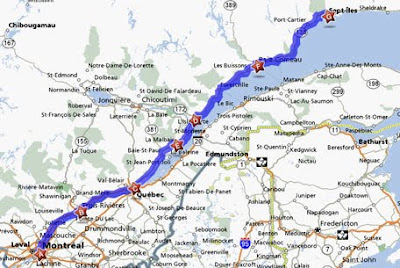 Live on the Edge: Hang Out at Norway's Troll's Tongue

Every year brave souls migrate to the Skjeggedal Valley in Odda, Norway to take a walk on the edge--namely the wedge of stone known as Trolltunga or the Troll's Tongue. Located 950 meters above sea level the sliver of rock that is the Tongue protrudes horizontally from the side of a mountain with nothing separating it from the pristine waters below. Making the walk across the rock may require some courage, but the gorgeous panorama of mountains and gorgeous water--not to mention the thrill--is definitely worth any risk or associated heart palpitations. To get to the Troll's Tongue one must travel from Odda to Skjeggedal via Tyssedal. Once you arrive at the mountain you can either take the stairs or a set path up the first 950 meters, then hike the rest of the way on marked trails. In the past a funicular took visitors to the top of the mountain, making reaching the pinnacle quicker and much easier on the legs, but it is no longer operational. Before you make your way up to the Troll's Tongue be sure you've packed your camera with the rest of your gear--the view at the top is one you'll definitely want to document.

If you would prefer to stay in the area there are several cabins nearby owned by the Norwegian Trekking Association where you can stay overnight. The area of the Troll's Tongue is a gateway to the rest of the Hardangervidda mountain plateau and is a great beginning to longer hikes to destinations like the Hårteigen mountain.

If you're looking for somewhere unique to escape to this summer why not consider Southern Nova Scotia, an ideal area to tour in a motorhome rental. On Canada's East Coast, this part of the world offers a ton of things to see and do. From dazzling natural beauty, lighthouses and small town charm to parks, museums and gorgeous coastal highways, there is certainly something for everyone. The Yarmouth and Acadian shores in Southern Nova Scotia also boast numerous seaside activities and festivals, beaches, woodlands and walking trails, as well as local food, music and crafts to discover.

The Best Way to See the Olympic National Park in Washington? By RV!

Motorhomeroadtrip.com are sponsoring Dan and DJ, a couple of young kiwi lads, on a roadtrip in New Zealand's South Island. Follow them as they travel up the coast from Christchurch and head towards Kaikoura, Nelson Marlborough and Abel Tasman National Park.

Check out the YouTube Video below and make sure to check out their Campervan Adventure blog!